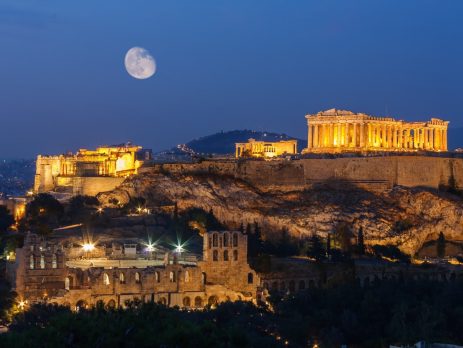 The Athens Acropolis is a rocky hill of EUR 156 m. Above sea level and 70 m. From the level of the city of Athens.

Although there are many Acropolis in Greece, the Acropolis of Athens is so important that it is characterized as “The Acropolis” without qualification.

Although there is evidence that the hill was inhabited in the fourth century BC, Pericles (495-429 BC) in the fifth century BC was the one who organized the construction of the most important buildings of the area symperilanvanontas the Parthenon, the Propylaea , Erechtheion and the temple of Athena Nike.

The Parthenon and other buildings were seriously damaged during the period of the siege of 1687 by the Venetians in Moriano war where gunpowder was stored inside the Parthenon and was hit by a kanonompala and ekragike.