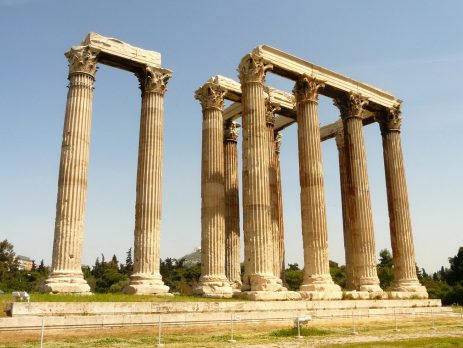 The church is located southeast of the Acropolis and 700 meters from the center of Athens. The foundations of the first church in the area, was built by the tyrant of Athens Peisistratus in 515 BC but the work stopped when the son of Pisistratus, Hippias ostracized in 510 BC

The church spent some time because it was destroyed in an invasion by barbarians in the 3rd century BC There xanaepiskefastike and paremine as wreckage.

However, the debris is openly today and the church remains as a major tourist attraction.