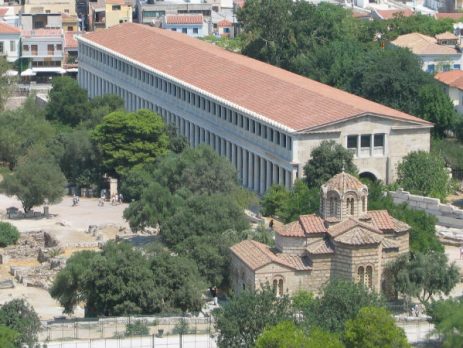 The ancient market was built in the city center as a public space in the sixth century BC although the “Laurence Baurain-Rebillard” I believe it was back to the 7th century.

Also created a xyransis system, fountains and a temple to the Olympian gods. In the 5th and 4th century BC were built temples for the worship of Hephaestus, Zeus and Apolonia.