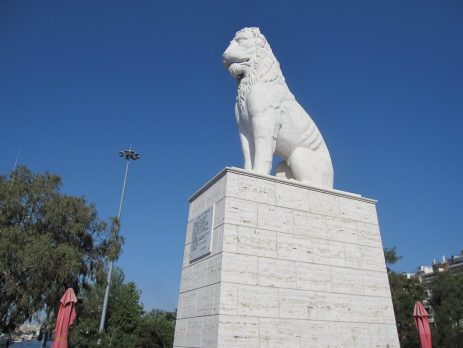 The Lion of Piraeus is one of the four lion statues ekthetontai at the Venice arsenal, there is shown as a symbol prostate San Marco

Normally located in the port of Piraios. Stole the Venetian fleet General Francesco Morosini in 1687 as looting during the doiarkeia the great Turkish War against the Ottoman realm.

When doiarkeia war the Venetians poloiorkisan Athens and were doing serious damage to the Parthenon which is worthy only subsequent looting.

The lion stands proudly at the point of self 1-2o century AD and is famous landmark in the PIRA. So that the Italians named the harbor Porto Leone (= Port Lion) who had forgotten the proper name.