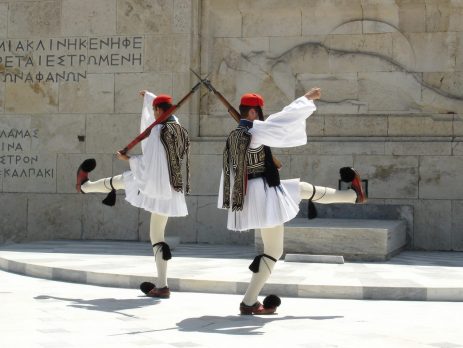 The Evzones The Evzones is the name of some historical elite military units in the mountains of the Greek Army.

Today lists the members of the Presidential Guard, an elite ceremonial unit that guards the Greek Tomb of the Unknown Soldier, the Presidential Palace and the gates to Camp Evzones in Athens.

The Evzones provide a 24/7 service orisia change guard running in slow motion which some people say is to xanarchisei traffic where he was standing completely still.

Many laugh when they see the tassels difficult in their boots but do not get me wrong, these men is member prime light infantry, the Evzones.

The ceremonial guard provides an opportunity to see the three official uniform of the Evzones.